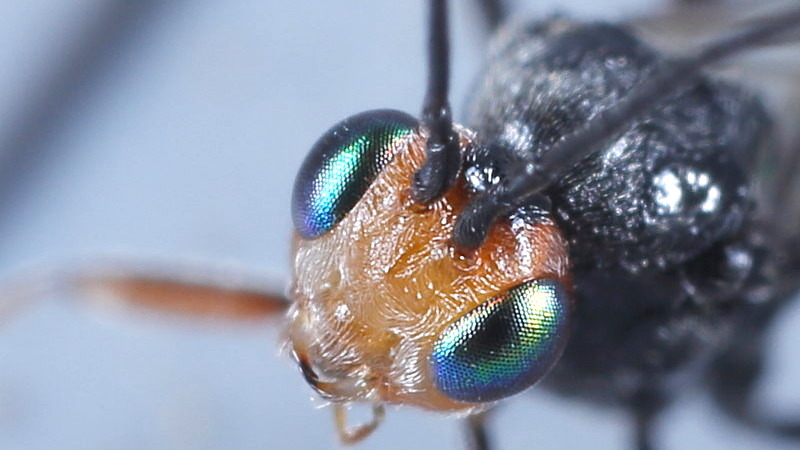 The Braconid wasp Dinocampus coccinellae develops in the body of some types of ladybugs. The larva leaves, as it is large enough, the body of the ladybug and pupation takes place between the legs of the paralyzed host. 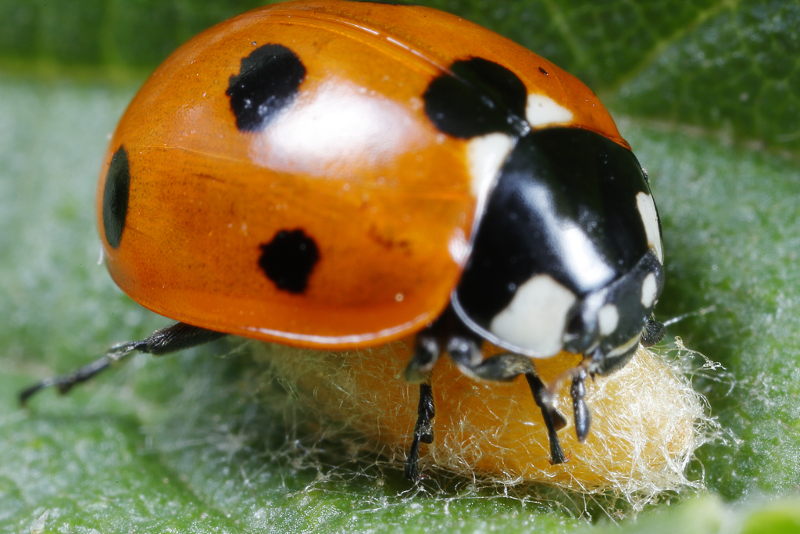 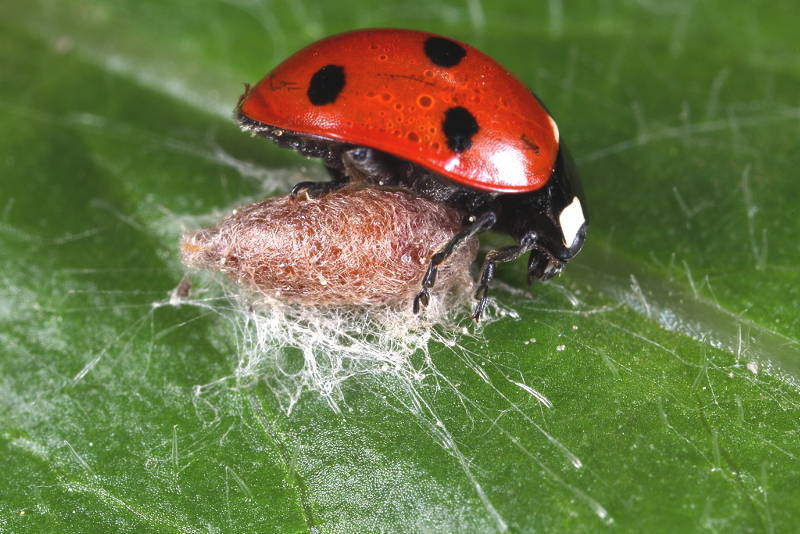 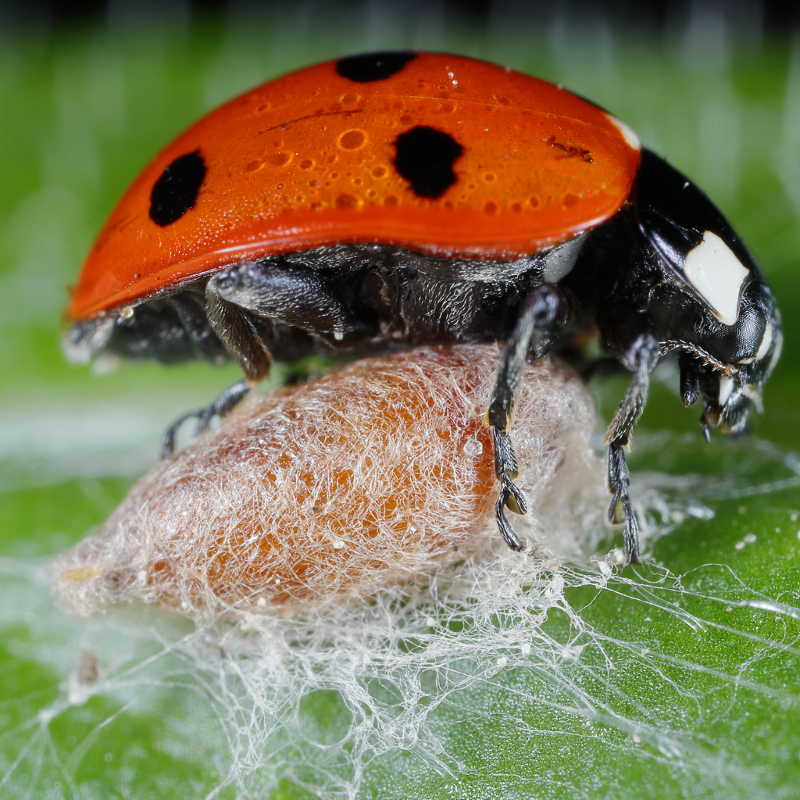 The wasp lays an egg in the body of an adult ladybug, sometimes in the larva or pupa. Usually in our country Coccinella septem- punctata, is the victim, but also some other species are used as host. The hatched wasps larva feeds on tissue of the beetle but does not takes the vital organs, the beetle is not killed. The mature larva crawls out of the body of the host. The wasp larva (a bright yellow maggot) spins than a yellow cocoon between the legs of the then still living ladybug and is then protected by the the beetle's warning colors and other defense mechanisms against predators.
New research at the University of Perpignan has a very different solution for the strange phenomenon that the beetle paralyzes while the parasite from the body disappears. There appears to be injected together with the egg by the parasitic wasp also a virus at the beetle. The female wasps carry the virus in its oviduct. Until the wasps larva leaves the beetle, the virus does not attacks the brain of the beetle. After the wasp larva leaves the body of the beetle the virus affects the brain paralyzing the beetle. A comprehensive article in the German language is in an Austrian newspaper, see the link at the bottom of this page.
About twenty-five percent of the cripple ladybugs recovers from the paralysis. 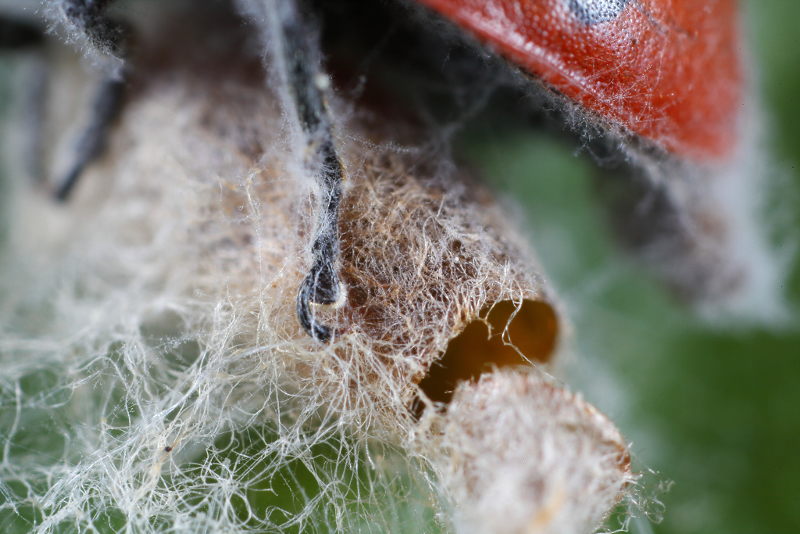 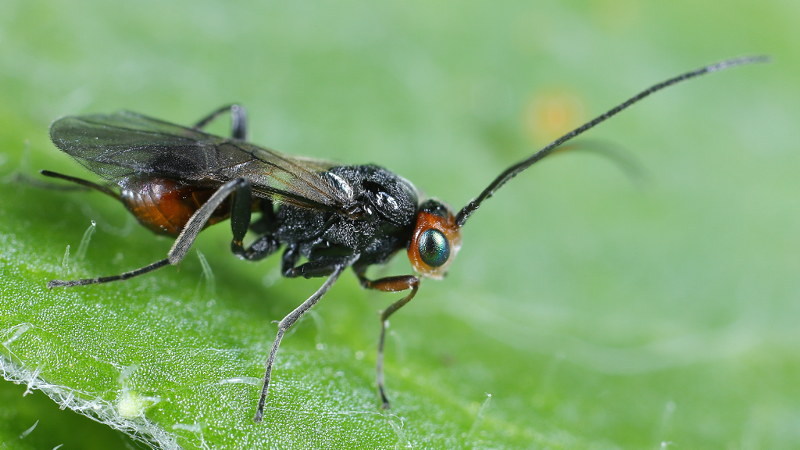 Almost all wasps of this species are females, they can reproduce without a male and an hour after the females emerge they can lay eggs. The number of eggs that a female wasp can lay in her life is about a hundred. Each year there are two to three generations of the wasp and thus the number of descendants can be very large. In Scotland the infection of Coccinella septempunctata grew to 70 percent. Because ladybugs are good killers of aphids, one was afraid of an aphid pest. (Anne Bruce) 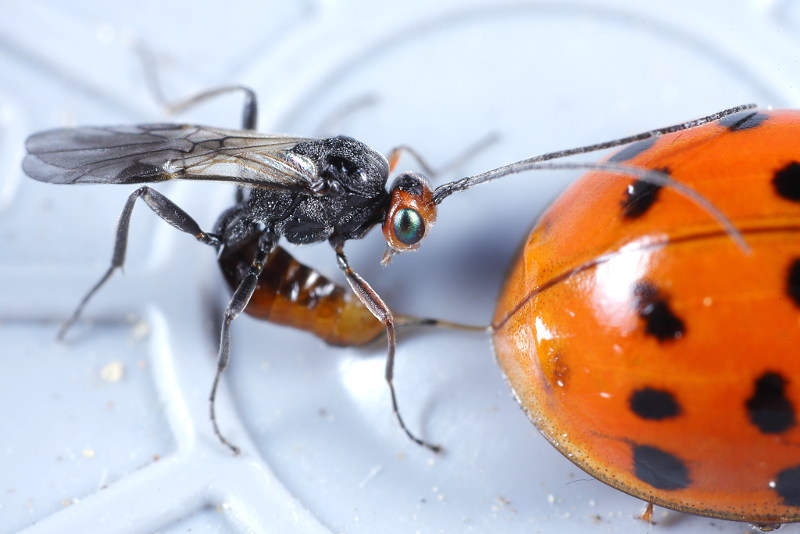 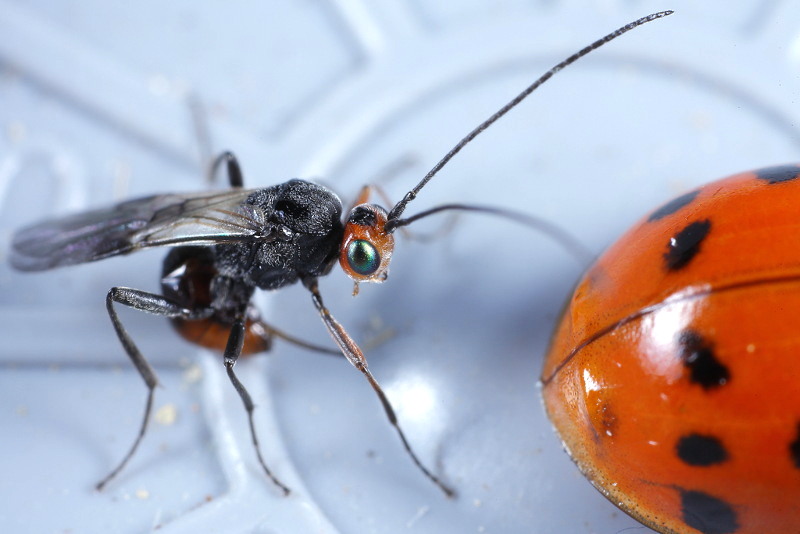 This Braconid wasp occurs worldwide, one assumes that it originally comes from Europe and possibly also from North America. The egg or larvae that inhabit the ladybug host are able to hibernate when the host hibernates during the winter.
The first larval stage of the Braconid wasp has large jaws to attack and kill possibly existing eggs or larvae of other parasites. It says in the English Wikipedia that with this jaws eggs and larvae of the Ladybug can be removed. Ladybirds lay eggs and there are therefore never larvae in. Probably this is a wrong interpretation of the note in the article by Anne Bruce the first larval stage is armed with large mandibles enabling it to remove any eggs or larvae already present.. A good description can be found on naturespot.org.uk The hatching larva then uses its mandibles to kill the eggs or emerging larvae of any other wasps which may have attacked the same ladybird.

Links to the mentioned articles